Why are all notions of good posture grossly incomplete and obsolete?

They’re incomplete because they apply to a non-moving position — and life is altogether about movement.  If it isn’t moving, it’s dead.

So, to take “spinal curves”, for example, the lower-back (or lumbar) curve exists to distribute the weights above (chest, shoulders and head) and below (pelvis and legs) for balance.  When you bend over to pick something up, your curve changes.  If it doesn’t change, you’re stiff.  Same with your neck curve.

Balance-in-movement is the overriding “imperative” (or necessary purpose) of all posture; balance is what makes all other actions possible. If you’re out of balance, you’re unstable — and then what happens to you, whichever movement or activity you are involved in?

Your curves change continually, as you move, to maintain easy balance.

That’s why notions of “good posture” are obsolete.

Good movement isn’t something that you maintain by moment to moment discipline, by efforts to maintain good movement.  That’s no more practical than holding on to “good posture”.  Good movement is “good movement memory” — done automatically and fine-tuned by the movements of the moment.

How do you develop good movement memory?  You develop it the same way as you develop any other memory:  repeated experience until the memory forms.  It’s a temporary discipline.

It’s also a discipline that few undertake.  With movement, as with most other activities, most people stop developing with the minimum learning needed to get by, just as with handwriting, cooking — and walking.

Next time you’re out in public, watch people walk.  How few are a pleasure to watch!  Many people lumber; some plod; some bounce; many lean to one side or come down heavier on one side than the other — or come down heavy on each side, as they walk.  So many are ungainly — and it isn’t genetic; it’s movement memory.

Few efforts to improve movement memory work.  Most involve stretching and strengthening.  Just try stretching or strengthening any other kind of memory and see how far you get, changing it.

To be fair, let’s look at each:  stretching and strengthening.

Stretching muscles generally involves pitting one muscle group against another — even the muscles of one person against the muscles of another (as in assisted stretching, massage, or professional adjustments).

The experience is generally uncomfortable and, if at all successful, is only temporarily so.  Old muscular tensions (and posture) reappear in short order.  (That’s why there’s a term, “chiropractic lifestyle”.)  So, movement memory isn’t changed, but only temporarily overpowered.

Now, apply that to other kinds of memory.  Think of an unpleasant memory.  I’m not suggesting this to torture you, but to illustrated a point more quickly.

Stretching an unpleasant memory would be like trying to avoid remembering it — or practicing denial.  How effective is that?  You tend to react the same old way in a similar situation, don’t you.There’s always a strain, isn’t there?

Movement memory is just that: the memory of the feeling of a movement (how to move) that controls action.

If you want to change movement memory, you need another approach, one that deals with memory the way memory actually works.  I’ll get to that once I’ve dealt with strengthening.

Strengthening muscles to improve posture means only one thing:  that those muscles aren’t strong enough to overpower their opposing muscle groups, which are always tight.

Another effect of muscles being held tight (by movement memory) is that your brain causes their opposing muscles to slacken to allow the tight muscles to cause movement without counter-interference.  We feel that slackening as weakness, but it isn’t weakness; it’s how coordination works.  Although strengthening muscles to improve posture may be meant to work against that, it doesn’t work.

By the way, tight muscles are usually ticklish, sore to pressure, or painful from muscle fatigue —  so, you’ve got painful muscles on one side and “weak” (tired) muscles on the other.  Tight muscles drag you out of good posture and that make good posturing tiring.

Do you think you’re going to strengthen muscles to correct your posture and have it stay “corrected” under those conditions?  You’ll only make them tighter and sore — and make yourself stiffer.

Good posture is natural only as a condition of freely coordinated balance, not as a condition of effort (which you can’t maintain under ordinary conditions of life because you can’t continually pay attention, to it).  You’ve got to free the tight muscles, not make the tired muscles stronger.

Now, let’s take on memory in terms of strengthening.

That would be like trying to convince yourself that things happened differently than they did, that the old memory wan’t real.  That’s known as self-deception.  You can work really hard to convince yourself, but how effective is that?  You will still tend to have stress and strain in that area of life, won’t you?

So, we’ve dispensed with stretching and strengthening as approaches to good posture (because they don’t effectively deal with movement memory) and with the standard notion of good posture, itself.

We’re in the home stretch, now (pun unintentional, but recognized!)

By, “improving”, I mean “developing a more satisfactory experience of something”.

I’ll let the video tell and show you, about it.  Click, below: 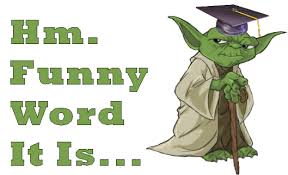 So, that’s why all notions of good posture are grossly incomplete and obsolete — and what you can do that feels better and works better at making good posture easy and natural.

Lawrence Gold has practiced clinical somatic education professionally since 1990, with a world-wide clientele composed generally of people needing to get out of pain.  All of his clients end up with better posture and movement, along with being pain-free.  You can free the tight muscles that drag you down, by yourself, with  the general program of somatic education (pandiculation) exercises called, The Cat Stretch Exercises (involves neither a cat, nor stretching).

This site uses Akismet to reduce spam. Learn how your comment data is processed.

This article is reprinted with permission from Full-Spectrum Somatics, http://lawrencegoldsomatics.blogspot.com