ONE OF THE PRIME CHALLENGES OF ANYONE WORKING with transformative processes, self-generated evolutionary processes, is the matter of Activation Energy.

What that means in Earth language is that the urge to move something must be at least equal to the force keeping it in place for a change to be possible. That amount of force, in any particular case, we call, its Activation Energy. This much is obvious, upon looking at it.

Recognizing and not being satisfied with, “eventually”, practitioners of certain approaches employ a measure to “charge up” Activation Energy — everything from Bellows Breathing (pranayama) to Holographic Breathwork, BioEnergetics, and related approaches.

Other approaches use awakening and self-grooming practices: The Avatar Course, The Lineage of Don Juan’s Warrior’s Way, and numerous others. These latter teachings employ practices used to gather or recover the force of one’s being from ensnarement by subconscious memory patterns. They are grooming processes, preparation for personal evolutionary (and maturational) changes.

Other practices involve wisdom-contemplations that lead beyond mind, leaving a trail of “clean-up” in their wake. 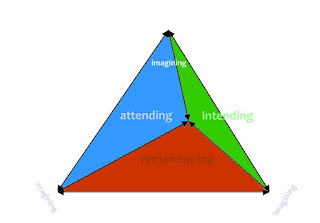 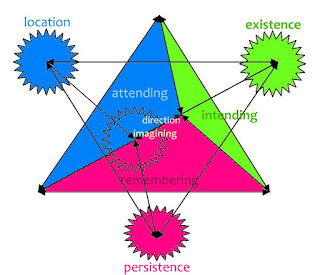 Upon sufficient activation of that set of four operations, the denseness of one’s condition is overcome and it starts to soften. It does so without any special extra effort to make it soften — just by virtue of finding those operations in that item, that stress pattern, whatever it may be: the operation sets of
INTENDING, IMAGINING, REMEMBERING, ATTENDING
and their corresponding objective aspects, as shown, above (color-coded)

One might immediately wonder how one does that. There exist procedures that use those four operation sets in special patterns, patterns that produce specific kinds of changes to how one operates. In other words, they tune up your operating system, they debug you. They allow you to uncover mental viruses in yourself that are pervasive in these times, and to remove, dissolve, or tame them.

In other words, instead of them having you, you have them, and you discover the previously unconscious way you are keeping yourself that way, and then you can relax something in yourself and have those things simply dissolve away, commonly with postural shifts of shape.

The success of all of this depends upon your having sufficient Activation Energy available to match the intensity of the integrity of the item in yourself you want to change, upgrade, or dissolve. You’ve got to be equal to it — and that’s what the TetraSeed Transformation procedures end up doing. 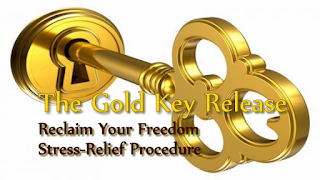 This site uses Akismet to reduce spam. Learn how your comment data is processed.

This article is reprinted with permission from Full-Spectrum Somatics, http://lawrencegoldsomatics.blogspot.com